DRAŽEN PETROVIĆ - THE MOZART OF BASKETBALL

What do you get when you combine self-confidence, intelligence, modesty, diligence, responsibility, determination and desire with passion, perseverance and a dose of positive madness in one person? The answer is – Dražen Petrović, a unique phenomenon of Croatian sport and a player who was called “The Mozart of Basketball” because of his genius.

This native of Šibenik was one of the greatest Croatian and world basketball players and is one of the greatest Croatian athletes of all time. He is generally considered as the pioneer in the wave of European basketball players who have left a big mark in the NBA league. Due to his significant role, he was included among the 50 people who contributed the most to the Euroleague and became a member of the famous NBA Hall of Fame, an organization that pays tribute to players “who showed great basketball skills and made a huge contribution to the development and popularity of the game.”

“He was a born winner. No one had such a will and desire to win. He was the greatest... In addition to being a born leader and in addition to having a fanatical passion for basketball, his will and professionalism were unique… Dražen was synonymous with a love of basketball and a fanatical approach to work. He made every team better. He was so good that he became a legend during his lifetime”. These are just some of the statements of Dražen's teammates about him.

And indeed, Petrović tended to work hard already in the early days. He used to be on the court at six in the morning and never missed a morning workout (“I take the ball, throw in 500 or more. I set up chairs and dribble. And so for hours. And I enjoy it”, he would say). And afterwards, he always carried a ball in the car (“Whenever I feel like it, I go to the gym and shoot 100, 200 or 500”). 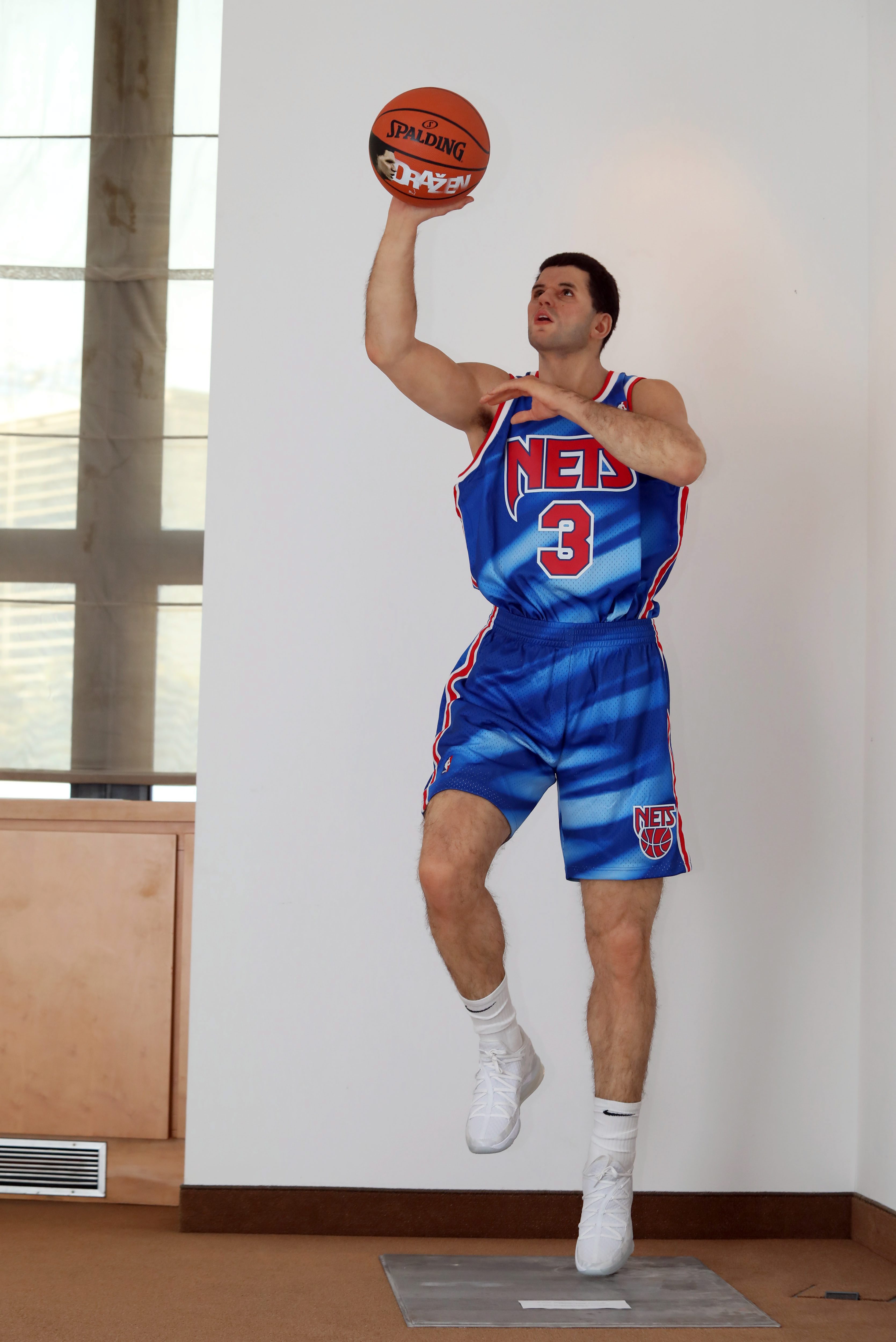 He started his career at the age of 15 at the Šibenka club, and even then he was predicted to have a top career. He came to Zagreb and its champion team Cibona for three reasons – studying law, the challenge of playing in the Champions Cup and the desire to play with his brother Aleksandar in the same team. He twice led Cibona to the European title and was the best European player in two seasons. After a move to Real Madrid, he brought trophies to that team as well. At the same time, Dražen was the leader of the Yugoslav national basketball team, winning the world title in 1990 in Argentina and gold medal at the 1989 European Championships in Zagreb.

Dražen's ability was noticed by NBA scouts, so in 1990 he joined Portland Trail Blazers. Although he mostly sat on the bench his first season, he showed his exceptional value two years later for New Jersey Nets. In 1992, he was the team's top scorer (specializing in three-pointers), the best NBA shooting guard that season and the best European to play in the NBA. That year, Dražen led the Croatian national team to its greatest success – a silver medal at the Olympic Games in Barcelona (the famous final with the original Dream Team). At the peak of his career, at the age of 29, he tragically died in a car accident in 1993.

As a player, he received the National Sports Award Franjo Bučar in 1992. (posthumously once again for lifetime achievement 2002). In his honor, a museum and memorial center “Dražen Petrović” was opened in Zagreb in 2006, located next to the basketball hall that also bears his name.