AN UNPRECEDENTED WELCOME FOR VATRENI

When the Croatian national soccer team won third place at the World Cup in 1998, shortly after the country became independent, putting Croatia on the map of global soccer powers, many thought that such success could hardly happen ever again.

Especially since no one had even hoped for such a triumphant campaign by Vatreni in the first place. However, after Croatia became a perennial participant in major competitions, it went even one step further. At the 2018 World Cup in Russia, it played in the final and won silver.

This miracle was followed by another – incredible celebrations in Zagreb as the people welcomed the team back from Russia. It was the pinnacle of delight among fans, who had followed Croatia's rise to the top on television and at the stadiums across Russia. It grasped not only soccer fans, but even those who do not follow soccer at all. An eruption of national bliss resulted in an unprecedented outpouring of half a million people onto the streets of Zagreb, welcoming back the vice-champions from Russia on 16 July 2018. 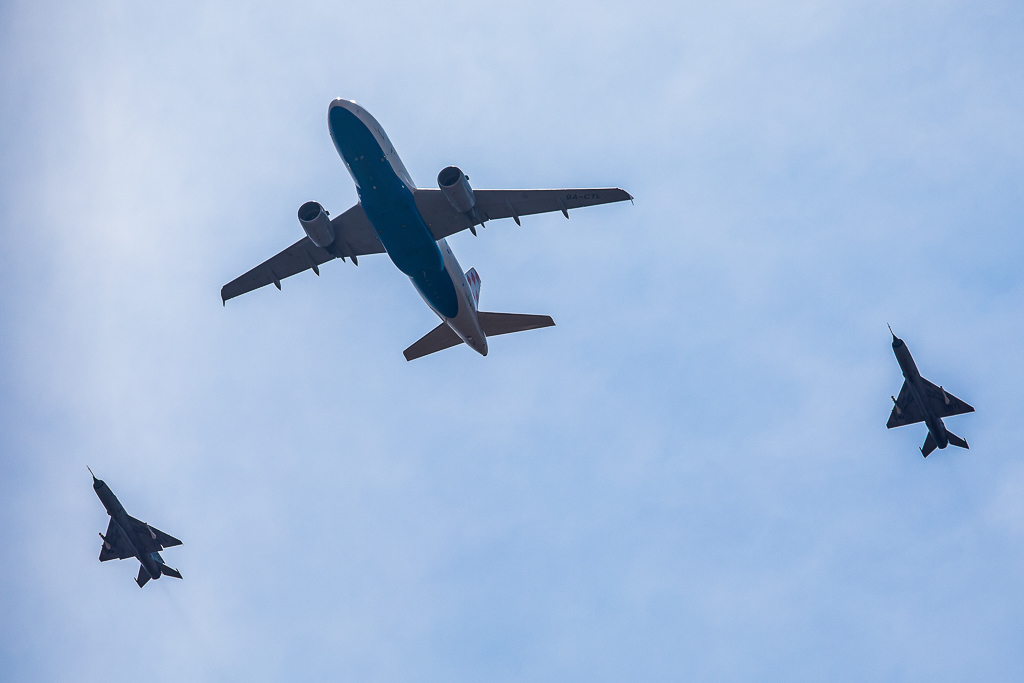 The Vatreni returned to a land of winners, as they were told by the pilots of two fighter planes of the Croatian Air Force, who accompanied their airplane from the moment they entered the Croatian airspace. Still, they really got a sense of how much Croatia was feeling like a winner only when they set out towards Zagreb's central square, only 15 kilometers away. Singing and dancing on an open top bus, surrounded by thousands of people in national team's jerseys, it took them almost six hours to get there. They could see for themselves that they had filled the hearts of people with pride over the past month, and the people were now paying them back generously. 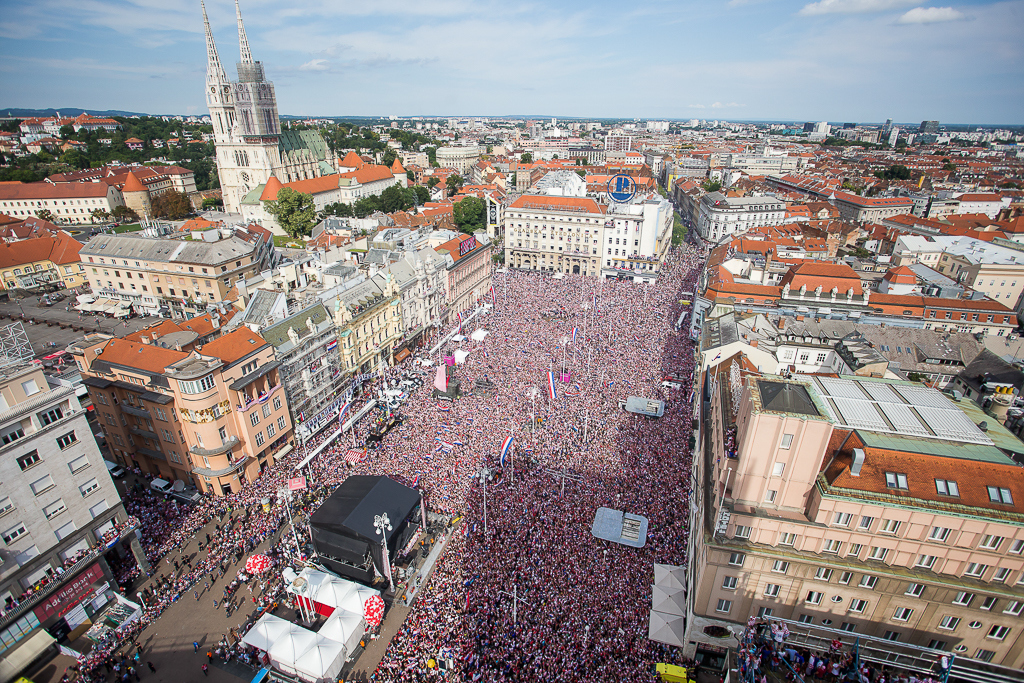 By the time the players arrived, a crowd of more than 110,000 gathered in the Ban Jelačić Square, and there wasn't enough space to accommodate for a 150,000 more who got stuck in the surrounding streets.  The city center route, which the Vatreni were scheduled to pass – the Ilica and Frankopanska streets and the space around the Croatian National Theater – was packed, and there were another 200,000 people standing along the route from the airport to the city in an unbroken line. 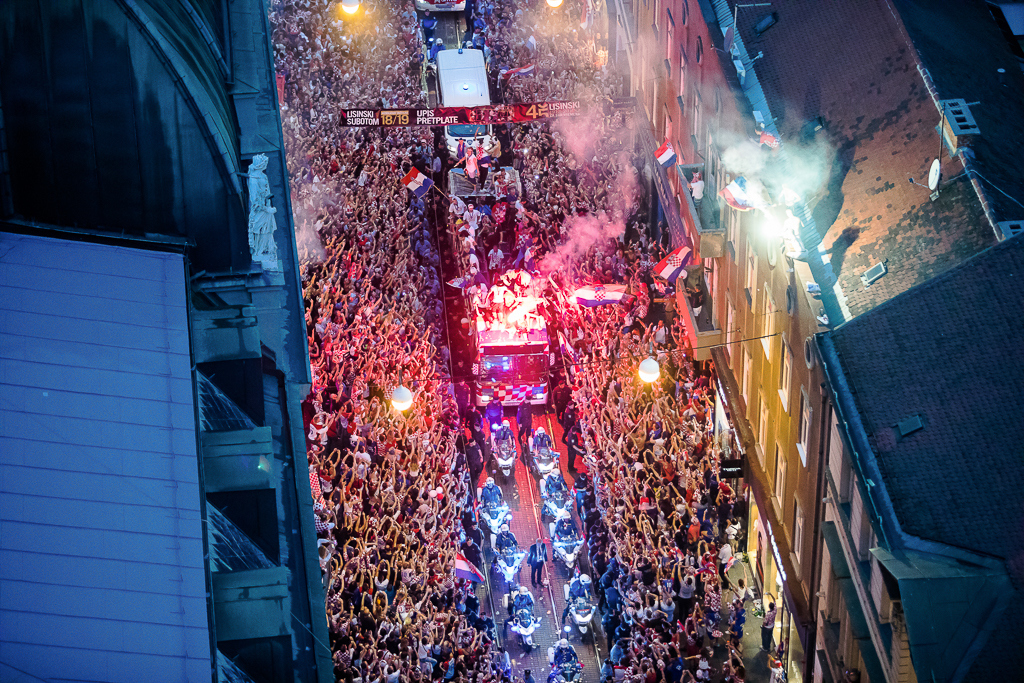 During the trip toward the main square, the players signed hundreds of jerseys and said hi to thousands of fans as the bus slowly made its way through the crowd. Interestingly, the bus was operated by an experienced female driver from Zagreb's public transportation company, and the entire country knew her name by next day. She said that it was an honor and a responsibility, but also the most challenging ride of her career. 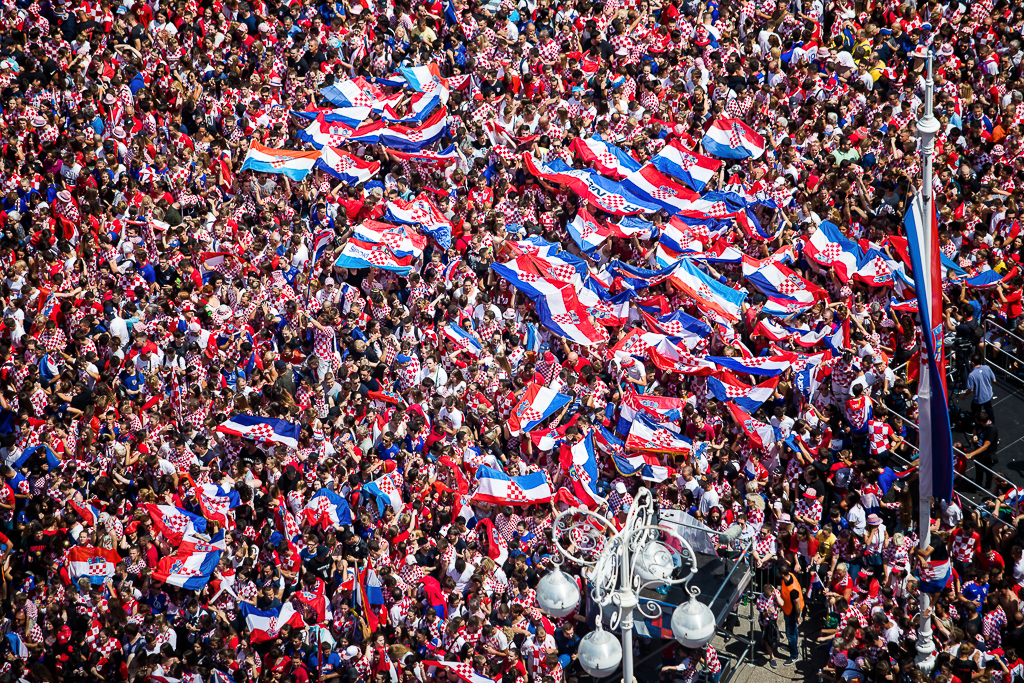 After several hours, the Vatreni took a break on the way at the headquarters of the Public Firefighting Unit in Savska Street.  The firefighters took the opportunity to get some photos with the players. 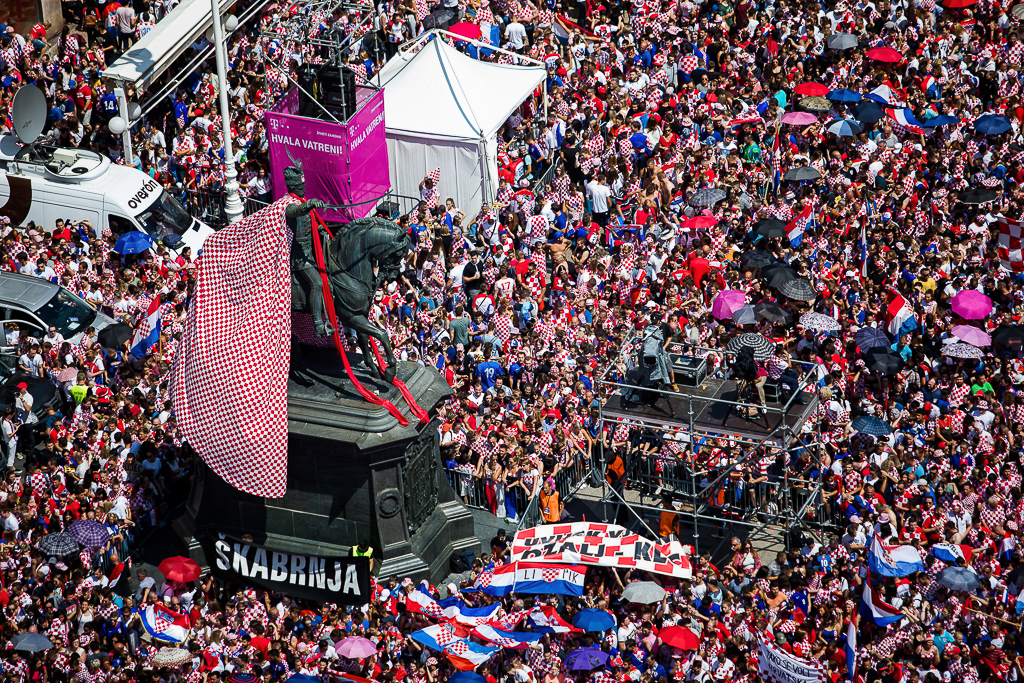 At Zagreb's central square, packed with children, the young, the old, men and women, all wearing fan accessories, the boiling atmosphere, the singing and the chanting constantly kept going thanks to popular musicians. After the jubilant team came to the stage, the sky above Zagreb became flooded with millions of red and white confetti, and dozens of flares and fireworks illuminated the scene while the "Lijepa naša", the national anthem, resounded. 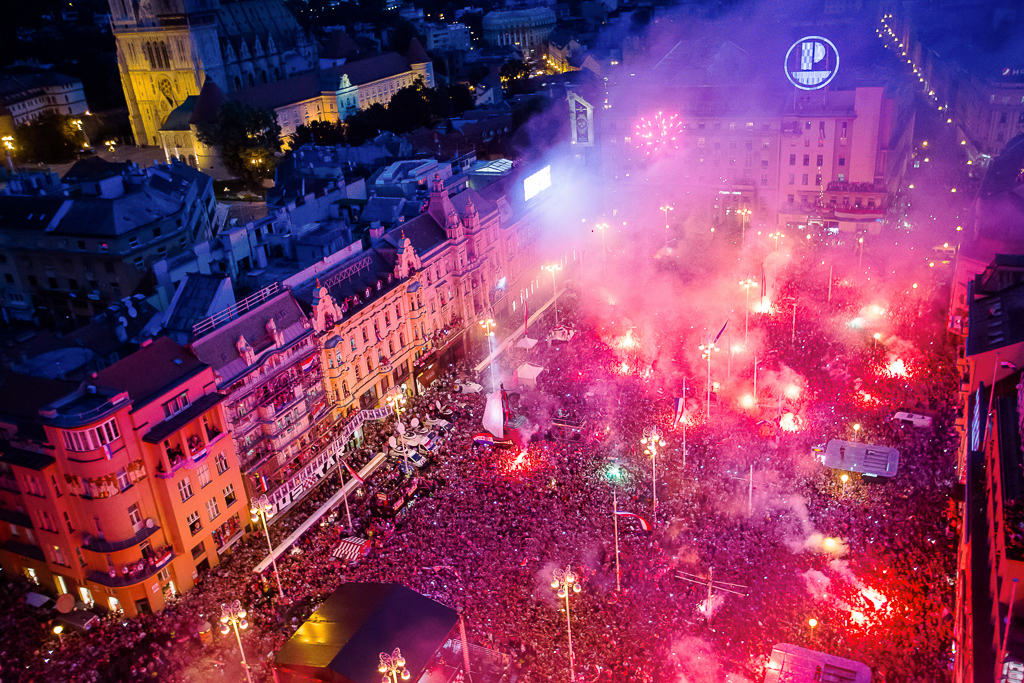 The media all over the world reported on the spectacular welcome the next day. No one had expected anything like that, not even the organizers and the police, least of all the vice-champions of the world themselves. That day will remain in the collective memory of the people, as well as every person who enjoyed the celebrations, whether they were right there or via television. In short, it was one of the craziest days in the history of Zagreb and Croatia, and everyone knows where they were at that moment.