GOLF - SWING AND GREEN IN ZAGREB

If you enjoy playing the fascinating sport of golf in nature, Zagreb has multiple options, both for experienced players and beginners.

This is unsurprising because the first golf club, Golf Club Zagreb, was established as early as in 1929. The tradition was revived in the 1980s, and with the formation of a critical mass of clubs and players, the Croatian Golf Association was founded in Zagreb in 1992. With time, even wider audiences of sports enthusiasts became familiar with expressions such as handicap, green, putting, swing, tee and fairway.

What today's visitors of Zagreb who want to play golf during their stay in the city should know is that the capital now offers a real golf course within the city - the Riverside Golf Zagreb. So far, some golf elements have been offered by the Bundek Golf Club, and in the Zaprešić Ban Jelačić Golf Club in Zagreb County. 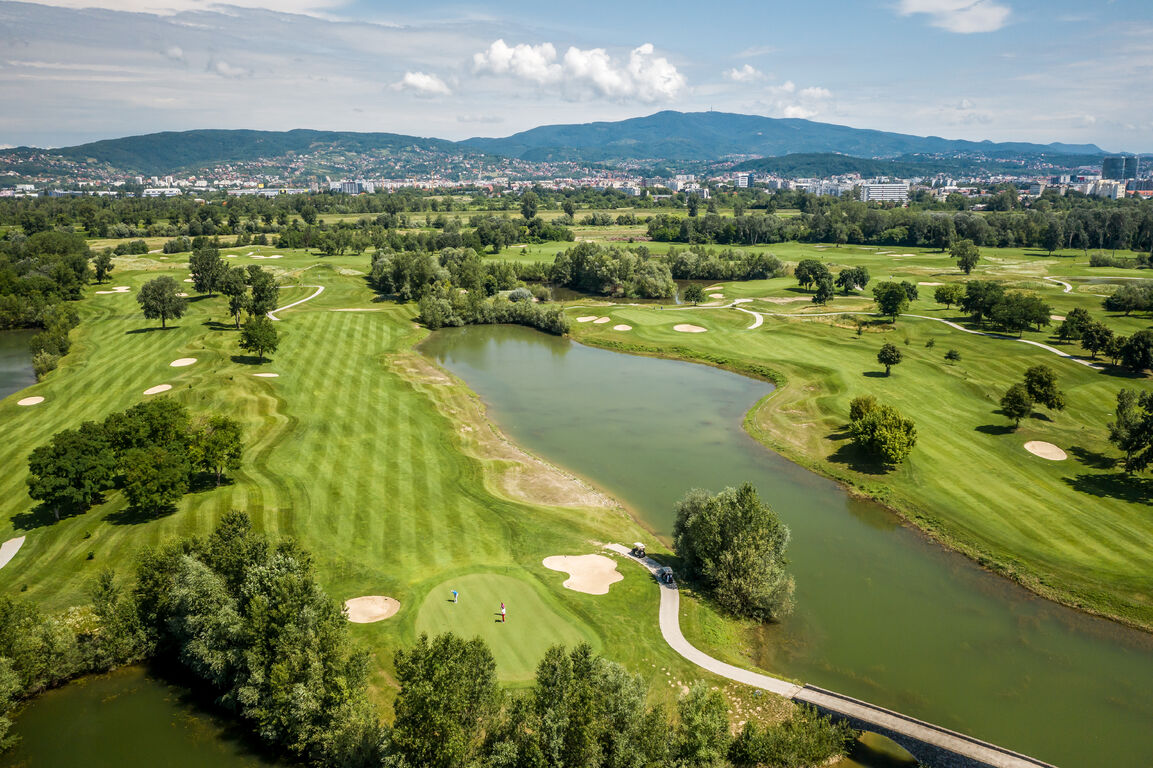 The Riverside Golf Zagreb course was opened in 2004 as a city golf course, and it got its current appearance in 2009, when it was redesigned by English golf architect Howard Swan, making it a Competitive Course (Riverside Golf Zagreb was established in 2017). Today it is a beautifully landscaped course with 27 holes, 18 of which  belong to the Competition Course, while 9 make up the city course. 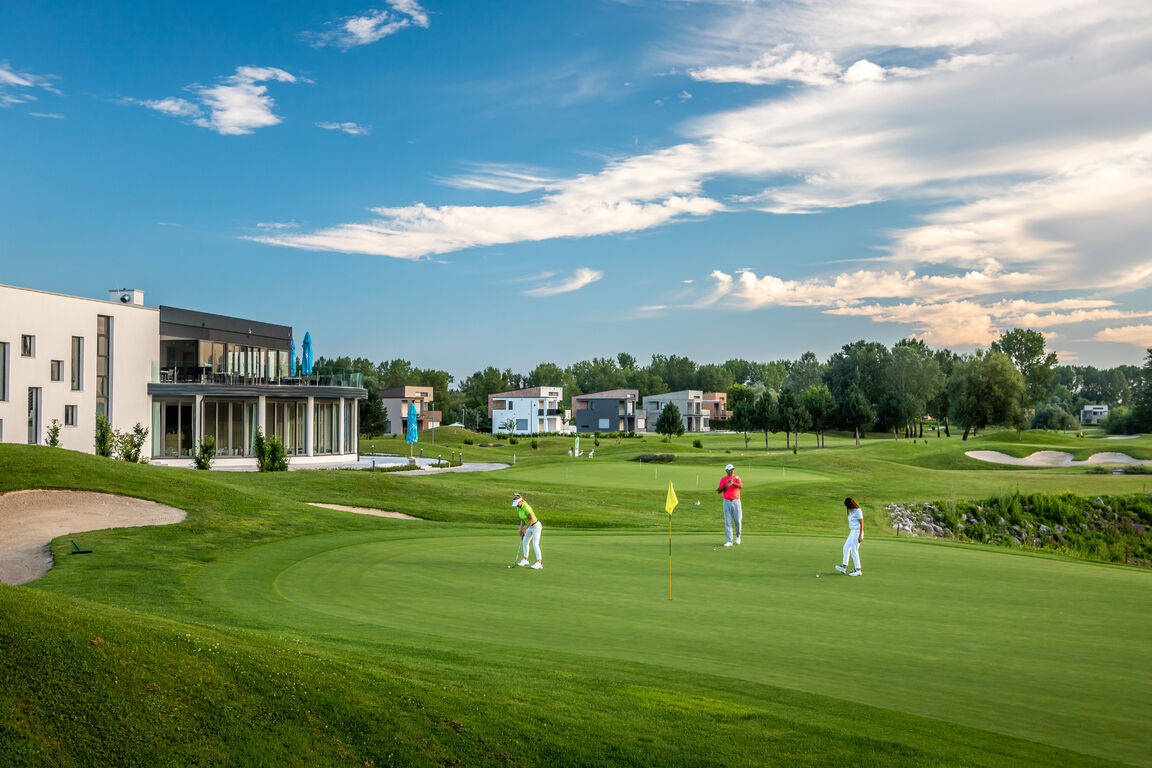 If you want to play on one of these courses, you can do it every day, at reasonable prices, especially compared to foreign prices. Namely, Zagreb's prices are about 30% lower than those of big cities around the world. The course offers Green Fee bundles (discount options), a family bundle and a Ladies Day on Mondays, as well as golf car rental.

Golf enthusiasts visiting Zagreb can also practice here, as the course also offers a training ground with 40 positions, a chipping green, practice bunker and a canopy for practicing in bad weather. The club house with a terrace, offering a view of the first and tenth tee off and the slopes of Medvednica, includes a welcoming restaurant, where you can enjoy a beverage and snack or, after a full day on the course, an entire meal. The restaurant offers first-rate dishes, including local specialties, as well as a nice selection of wines from Croatia and around the world. 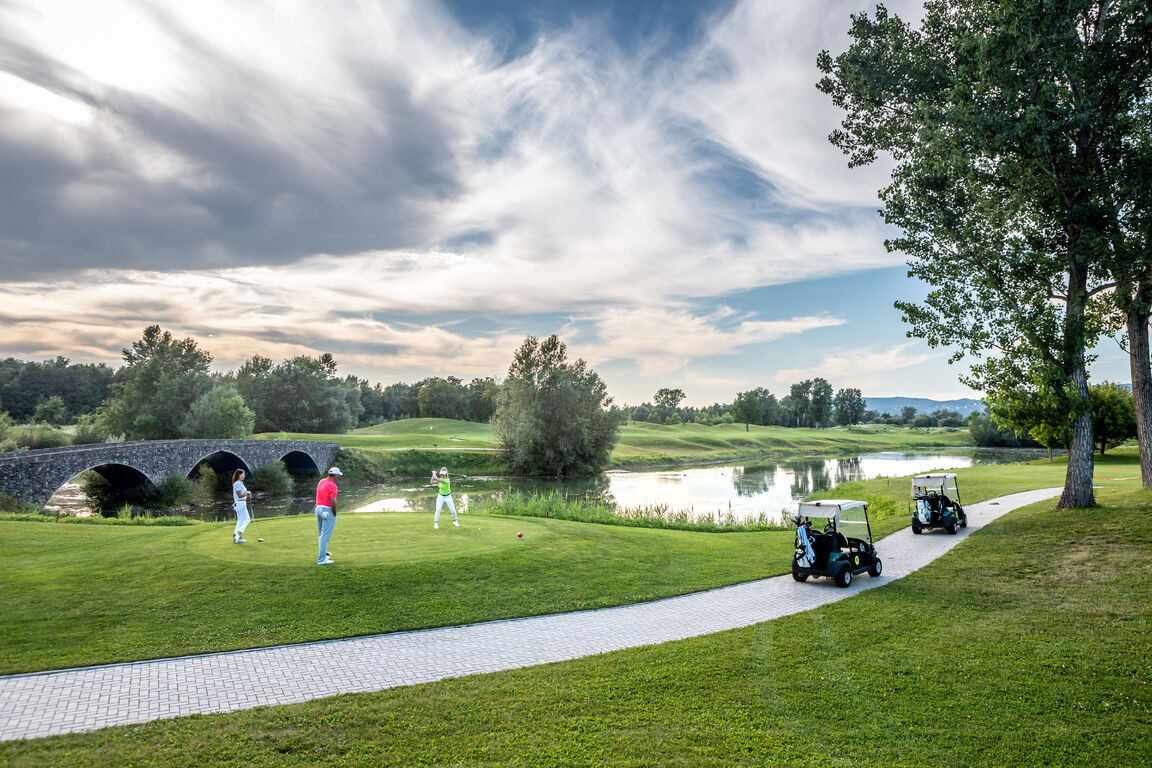 You can have a good time at the Riverside Club Zagreb even if you are a beginner  since lessons can be organized here with one of the club's several coaches. Skilled players, on the other hand, can apply to take part in open championships, cups and various other competitions. This allows golf lovers to meet with and get to know the people of Zagreb with whom they share their passion for golf, in the fresh air and surrounded by greenery. Or, in the words of the British writer P. G. Wodehouse - "To find a man's true character, play golf with him".