Zagreb has a long tradition of ice skating that continues to this day. Citizens and visitors to the city can enjoy two indoor and one outdoor ice rink and the special Advent Ice Park. Therefore, if you like to have fun on ice, you have many options available to choose from in Zagreb, regardless of whether you brought skates with you or not (they can be rented at all skating rinks).

There is a large and extremely popular skating rink in one of the most famous and largest sports facilities in the city – Dom sportova, located west of the city center. The youngest skaters usually gather in the morning, while those of other age groups enjoy the afternoon and evening. The skating season at the Dom sportova begins in late September and lasts until early March. 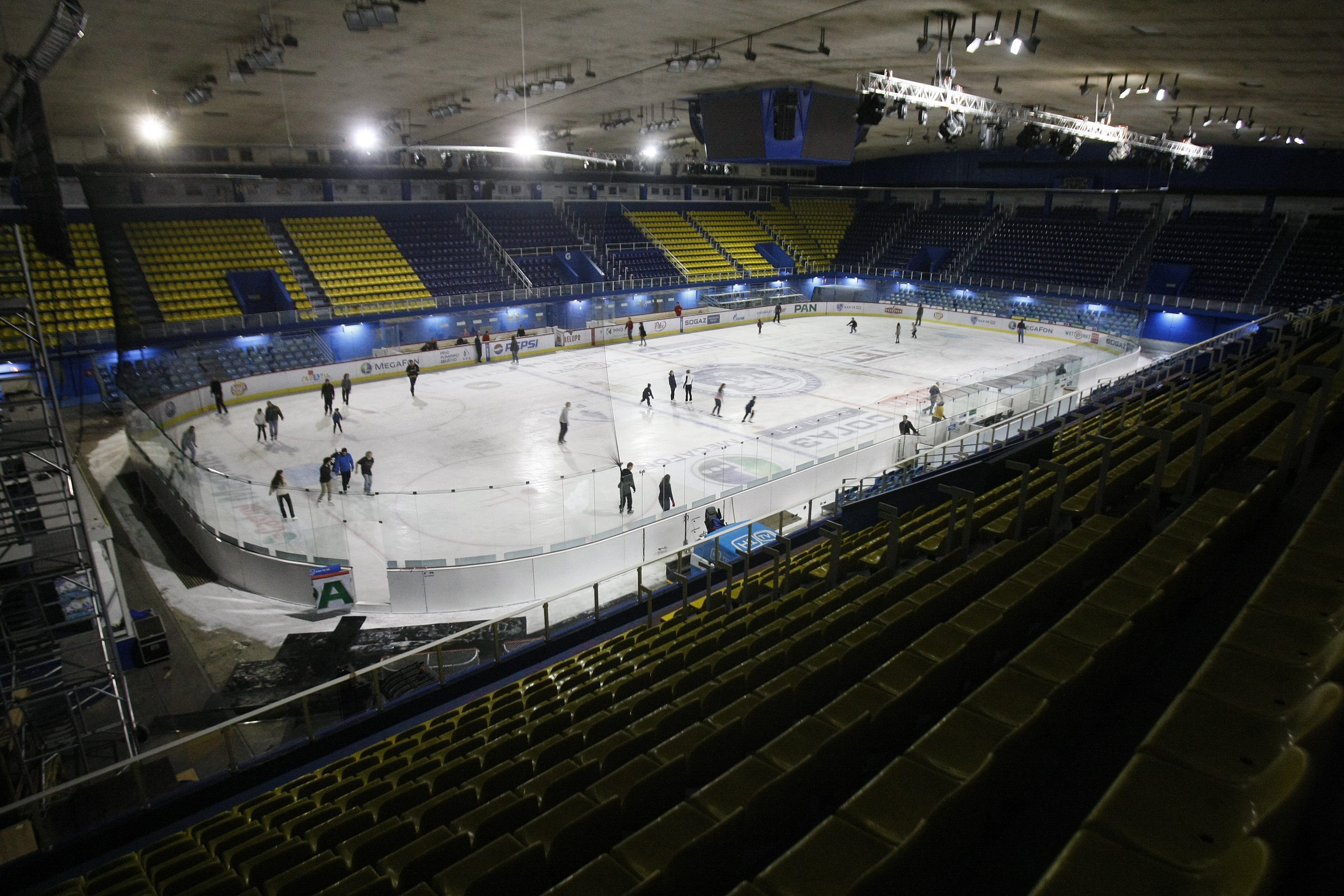 An additional attraction is video and audio entertainment, so every year a large number of skaters can enjoy the latest videos on the central display and well-chosen music, from children's song to evergreens and the latest hits, which guarantees a pleasant recreational pastime.

In addition to training hockey players and skaters, the Velesajam Ice Rink, located in the Great “Ice” Hall of Pavilion 40 at the Zagreb Fair in Novi Zagreb, also offers recreational skating on weekends. 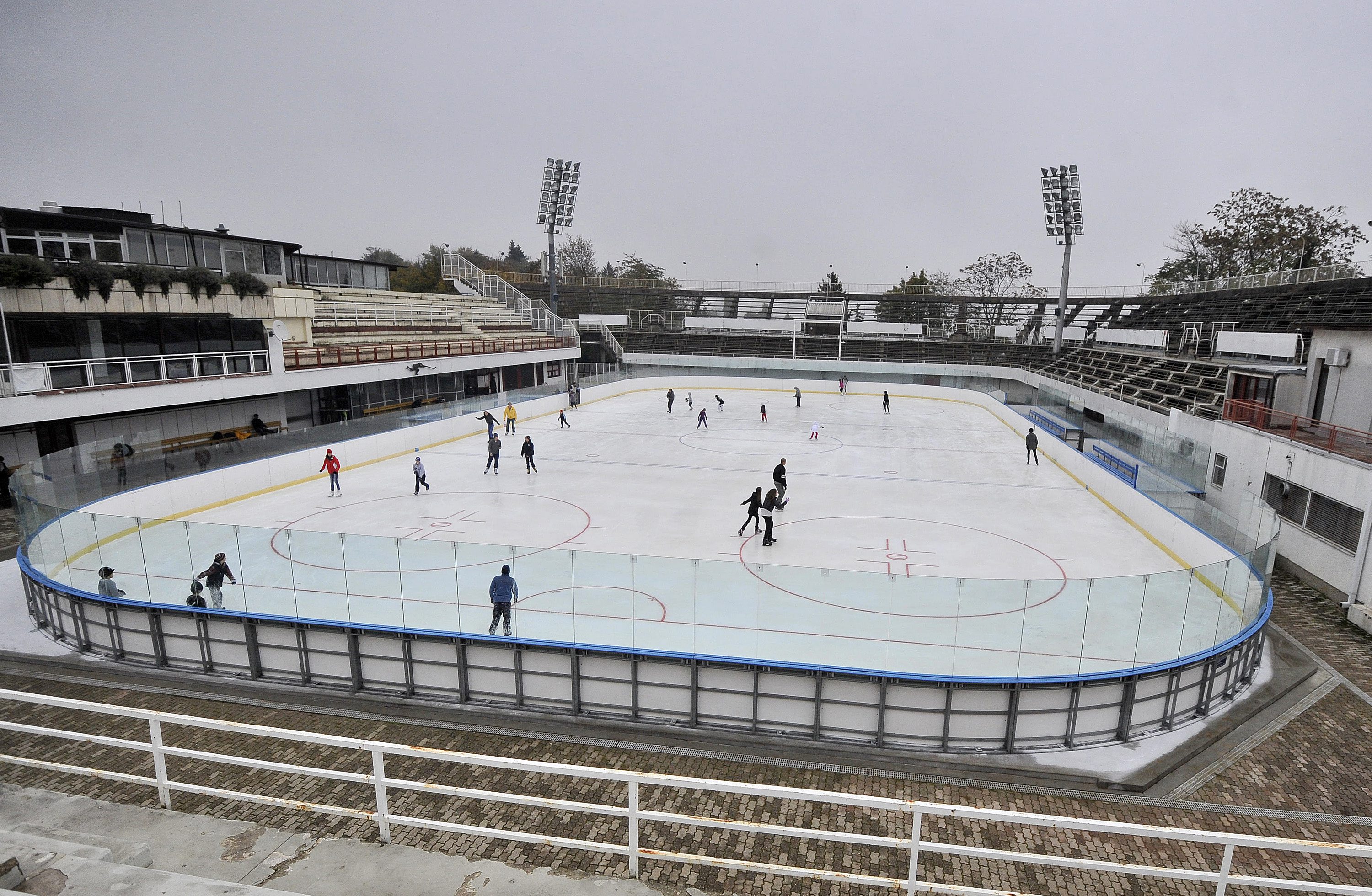 A real retro attraction is the open skating rink Šalata, opened back in 1961, where hockey matches of the Šalata Winter Classic series are played every year, an open-air winter sports spectacle, which we definitely recommend visiting if you are in Zagreb at that time. As for recreational skating, it is retro only due to its location on an idyllic hill near the main town square. The atmosphere, on the other hand, is extremely contemporary because the rink has been offering a video-disco program with a DJ since 2002. Music videos and announcements of interesting events in the city are broadcast on the video wall, and various prize games are often organized. Thanks to all this, the Šalata Ice Rink has become an attractive place for an evening out and having a good time. The skating season runs from mid-November to early March. 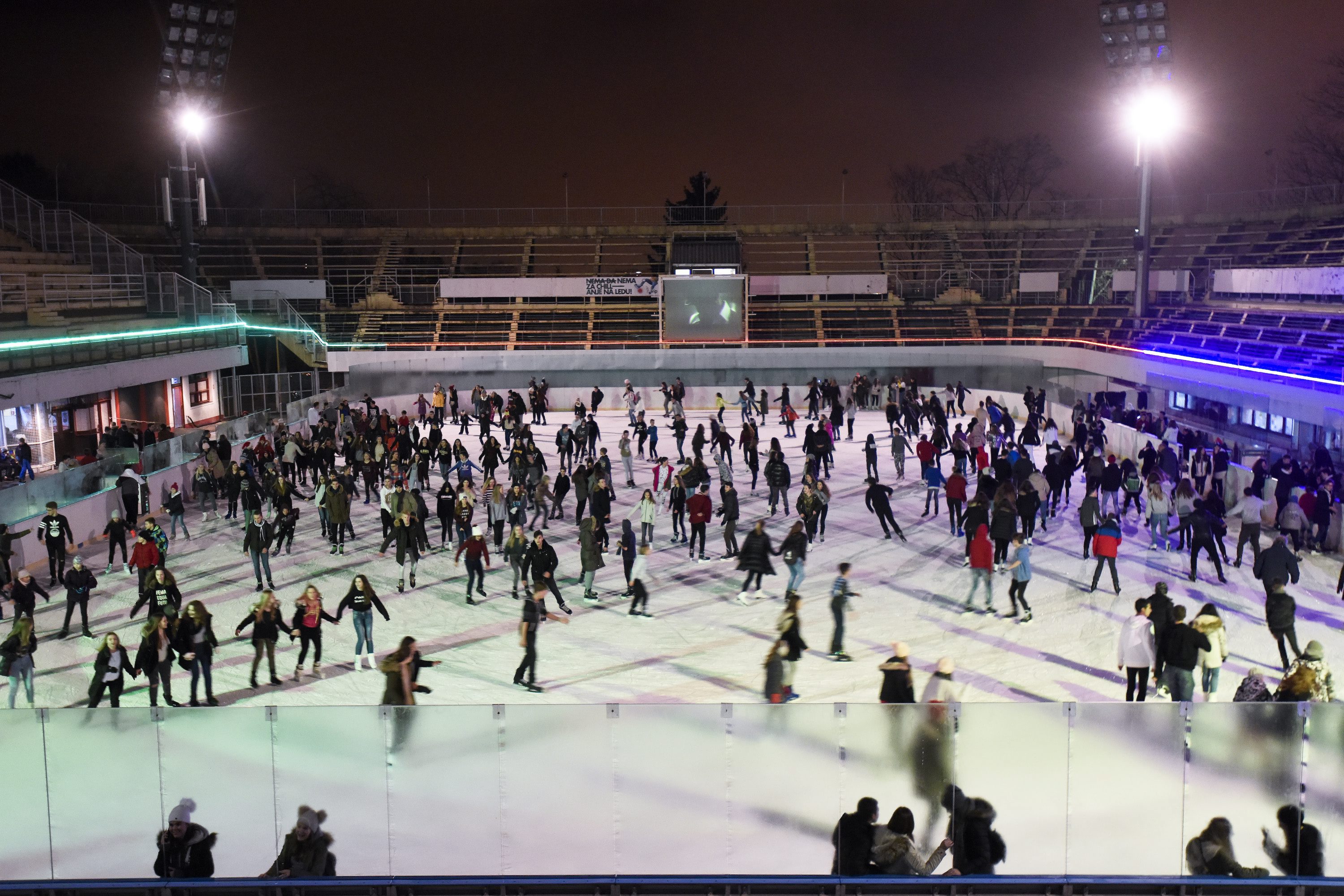 Since 2014, the Advent event in Zagreb, which has made the city one of the most desirable tourist destinations during the holidays, includes the spectacular Ice Park on King Tomislav Square, near the Main Railway Station. Meanwhile, the park's large ice rink has become one of the symbols of Advent in Zagreb. Although some other world capitals have similar parks, the one in Zagreb has certain peculiarities. 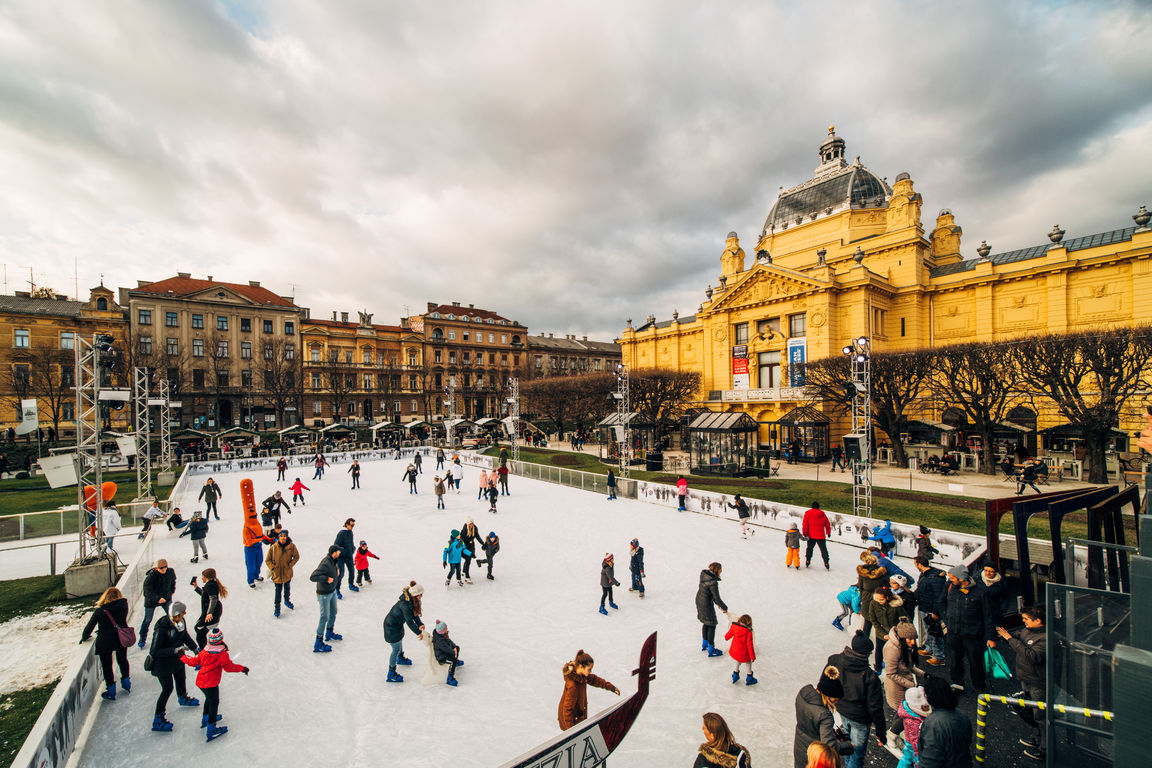 The park boasts more than 2,000 square meters of skating rink, approximately 800 of which is the main skating rink, located near the Art Pavilion. The rest is occupied by unique skating trails that wind through the Square. In addition to skating, visitors can enjoy the rich gastronomic offer in cottages set around the rink. There is also the Ice Lookout, a platform on the northeastern part of the rink, which offers a great view of the Ice Park, but also the entire King Tomislav Square. You can enjoy the view with seasonal Advent drinks and a unique atmosphere.